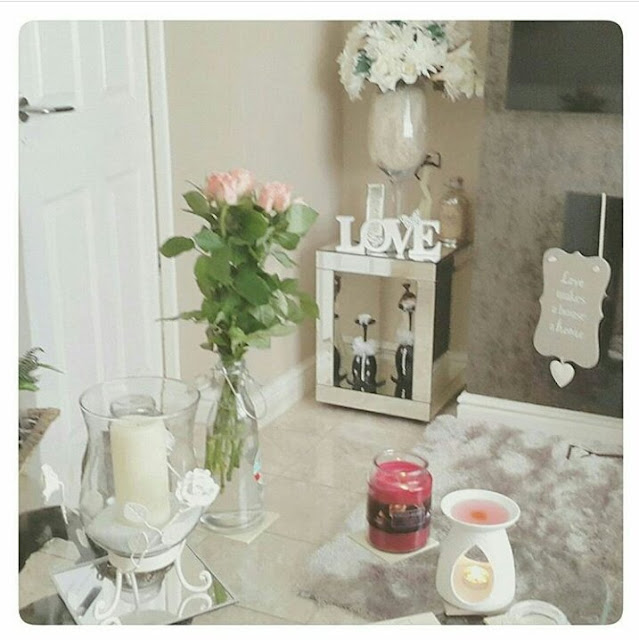 I've been trying to write this blog post for way over a month now and I still don't even know really where to begin. But every story has a beginning, a middle and an end, and I'm really hoping that I'm reaching the end to this chapter of my life. This is what's been happening...

This past year has been one of the hardest years I've ever had to deal with in my life. Last August I moved home, into my dream home, a bungalow. This tiny little place was my dream come true. I even did a blog post about it which you can read about by clicking here. However, life wasn't all as good as I made out and from week one of moving into my dream home, my life started to crumble.

I became the victim of a disability hate crime. Which means that there is an individual who hated me simply because I have disabilities. This person is a neighbour who lives very close to me. From the first week in August 2016 right up until the "breaking" incident took place in March 2017, I dealt with this hate crime in silence. I was scared to tell people, and I didn't want to tell people incase it was all in my head, incase it was just me, incase it started a row between myself and the neighbour which we wouldn't be able to come back from. And also because the housing association which supplies up with our bungalow for my health made it very clear that if anything happened in the first year of living here there would be serious consequences as we were only on a 'starter tenancy'.

I'm not going to go into too much detail, but I will say that in March this year an incident took place involving a family member of mine and this neighbour. It has been classed as a serious incident as the neighbour made some serious threats. The police were called, and we were moved out of our bungalow and had to live with my parents for ten weeks. Anyone who has lived away from their parents home for nearly six years and then having to move back in with their parents and younger brother will understand it can put a huge strain on their life anyway but imagine moving back with your husband, your pet pup who doesn't get on with other animals due to her anxiety and your carer. But that's what we had to do, so we all moved into my parents home who's house is not accessible for my health in any way at all. It doesn't have a stairlift which meant that hygiene was really difficult as the bathroom in my parents' house is upstairs so I'd have to get my husband to carry me upstairs to bathe, but thankfully they did have a downstairs toilet. Whilst staying there and not being able to get up the stairs, my parents made their dining room into a bedroom for myself and my husband and my carer stayed on the sofa in the living room. We had to keep our pup Daisy in the dining room and their pup Buddy in the kitchen because they didn't get along, there was one really scary point was Buddy nearly attacked Daisy. We had to have fire bags fitted on our bungalow and my parents house, smoke alarms fitted, we had to have window and door locks fitted, intruder alarms fitted, camera's fitted, an alert red-marker put on our bungalow and my parents home by the police, basically everything you can think of fitted to keep us all safe. We also had to pay our rent, council tax and any bills still on our bungalow even though we weren't able to live there which put us in debt. The ten weeks put a massive strain on anyone and I cried a lot.

"Crying isn't a sign of weakness. It's a sign of having tried too hard to be strong for too long."

There was one point where I felt like everything that had happened was my fault for having this bungalow, for being accepted for this bungalow due to my health and disabilities. I felt that if I didn't have my disabilities I wouldn't have needed a bungalow, and the neighbour wouldn't have done all of this to us. I felt like it was my fault that we were in this situation, it was my fault for speaking up and telling the police everything that had happened, it was my fault that this person didn't like me. I stopped eating, I stopped sleeping, and in under two months, I've lost over two stone in weight.

It hurt. Why would a neighbour do this to me? Why would anyone think it's okay to be so cruel about my disabilities?

I became very depressed. There was even a point where I thought about ending my own life because I was scared. I didn't know what was going to happen. The neighbour did get arrested was kept overnight but was let out on bail conditions, which he broke so they arrested him again but let him out after keeping him overnight. At the time was he was arrested again we were able to move back into our bungalow and it was a waiting game until it went to court. The court date happened at the beginning of July 2017 were the neighbour pleaded guilty to everything. However, the judge ruled in his favour and the neighbour was given community service, a small fine, told he has to attend anger management meetings and cannot contact me whatsoever but he is allowed to come and go from the property he has staying at as he pleases.

So for now, we are living basically next door to the neighbour once again and if I go outside my front door or someone comes to visit me and the neighbour sees, he spits in my direction or stares at me so I'm trying to not even go outside at all. The saddest part is even though I am the victim, we now have to move home and leave our little bungalow for good. We have been forced out of our home by a neighbour who hates me because I am disabled. I can't even begin to explain how wrong I think that is. As for now I am trying to focus on moving home whenever that may be and trying to not stress about the neighbour or the fact that we are literally living out of boxes, or about blogging and taking time out for myself.

Now you all know why I took a massive blogging break, why I have been so quiet on social media and why I haven't been replying to any of you as much as usual. I took a blogging break because I became suicidal. I also wanted to make this blog post because I wanted to share with you all that even know I hit rock bottom and thought where was no way out, there really is so please if you feel like your life is falling apart talk to someone, anyone. Please stay strong, even when it feels like your whole world is falling apart because it does get better. No-ones life is perfect, and that's okay. It can become a whole lot of messy sometimes, and that's okay too. Try to find the beauty in the mess and embrace it, love it and most of all try to enjoy every moment of it. Yes, we had a tough few months and we have had to leave our home but we get to start a fresh, them months in my parents' house were a really low point but it brought Phil and myself closer together as a couple and it meant we spent quality time with my brother and parents. Please be thankful for the small things in the really horrible massive problems in life.

I believe that everything happens for a reason. However, I really wish that sometimes I knew what the reason was.

I'm hoping to be back to blogging and normal life again as soon as possible, but until then please bare with me as right now life is a wild rollercoaster ride for me and I'm trying to hang on the best I can and enjoy every moment of it.

With love, Alisha Valerie. x
Email ThisBlogThis!Share to TwitterShare to FacebookShare to Pinterest