At the end of May Phil and myself were invited along to Liverpool's Maritime Museum by The National Trust to see their Lusitania: Life, Loss and Legacy exhibition.

If you didn't know this already I'm actually a really big fan of museums and art galleries so love exploring a good one. Although I've been to Liverpool's Maritime Museum before, I'd never seen this exhibition and was curious to see if it was spoonie and wheelchair friendly. 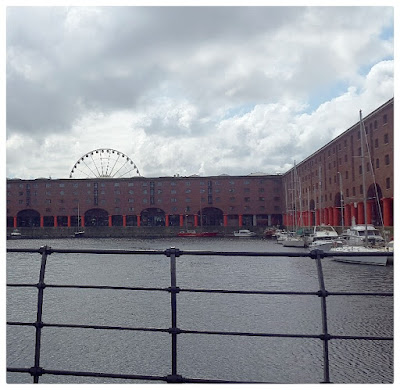 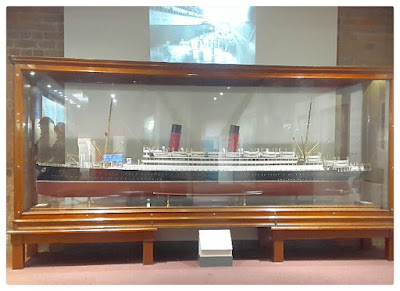 I'm so happy to say that it is spoonie and wheelchair friendly and I would recommend everyone going along to have a great day here as there is so much to do and see. Their staff members are so welcoming and friendly, they have big good-sized lifts up to each floor, the door ways are so wide - perfect for wheelchair users - and their are big sized disabled toilets on every floor.

The only negative thing which I can say if that Phil and me got stuck inside the disabled toilets for a good three to four minutes trying to open it, Phil couldn't even open it so I know I couldn't. Please get this sorted out as soon as possible Maritime Museum so no-one gets stuck in there and has a panic attack. 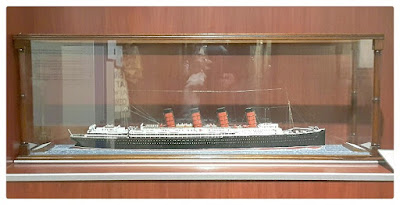 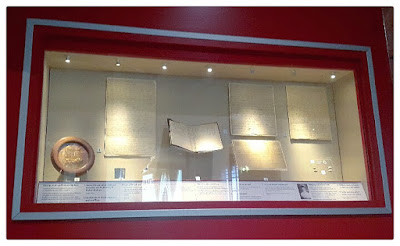 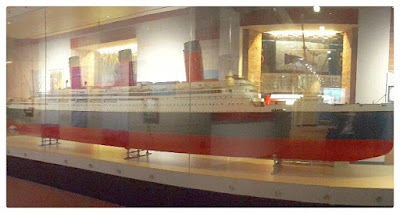 The exhibition is free entry and opened 100 years after the sinking of the Lusitania. Highlighting new research about the people involved in the Lusitania story, the display also considers the role of Liverpool’s liners in the First World War.

The sinking of Lusitania was one of the most horrific incidents at sea during the First World War (1914-18). In early 1915 the German Government declared that all Allied ships would be in danger of attack in British waters. Lusitania sailed from New York on 1 May 1915 with 1962 people on board. On 7 May 1915 at 2.10pm, the liner was near Kinsale in southern Ireland when she was torpedoed by the German submarine U-20. She sank in under twenty minutes with the loss of 1191 lives.

The sinking of this unarmed passenger ship caused international outrage. There were riots in Liverpool and London, as well as other cities around the world. The German government claimed that Lusitania was a legitimate target due to the war supplies she was carrying - as were many other British ships. However, British and American enquiries later declared the sinking to have been unlawful. 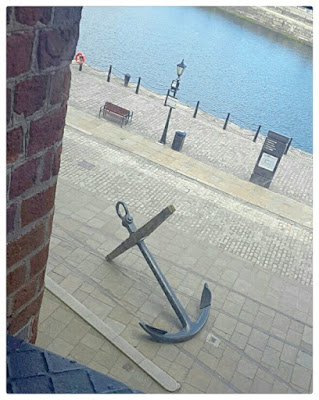 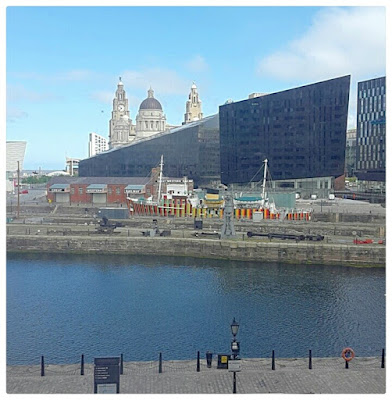 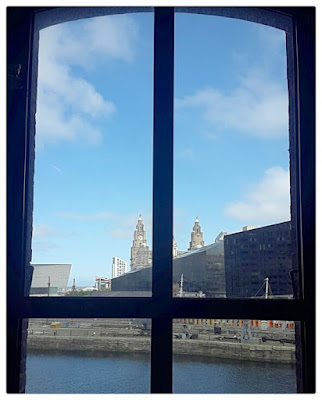 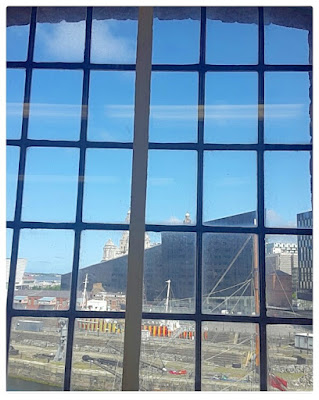 This event devastated the tight-knit dockland communities in north Liverpool, where most of Lusitania's crew lived. 405 crew members died, including many Liverpool Irish seamen.

Lusitania and her partner Mauretania were ordered by Cunard to restore British superiority over German ships in the Atlantic passenger trade. Both came into service from Liverpool in 1907, the year of the port’s 700th anniversary celebrations. They were then the largest and fastest ships in the world.

More than 200,000 people lined the banks of the Mersey to watch Lusitania’s maiden voyage to New York. She soon won back from Germany the ‘Blue Riband’ for the fastest Atlantic crossing, although Mauretania quickly proved to be the faster of the two. Lusitania and Mauretania worked together to provide a weekly service from Liverpool to New York. 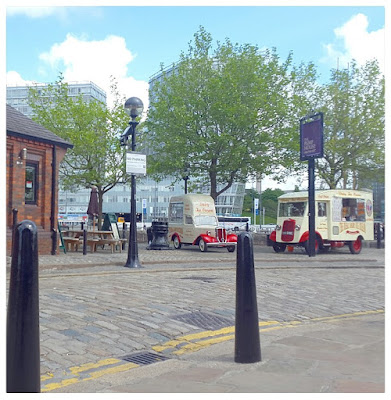 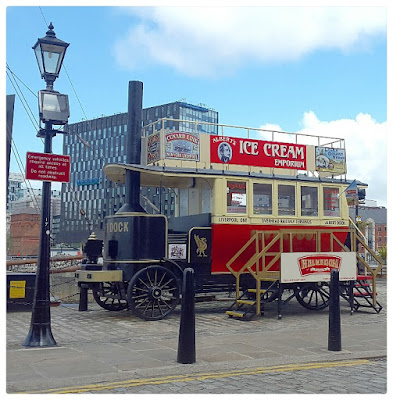 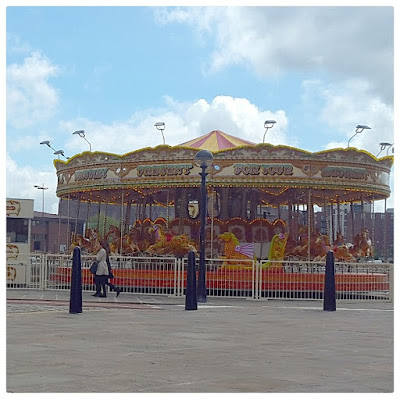 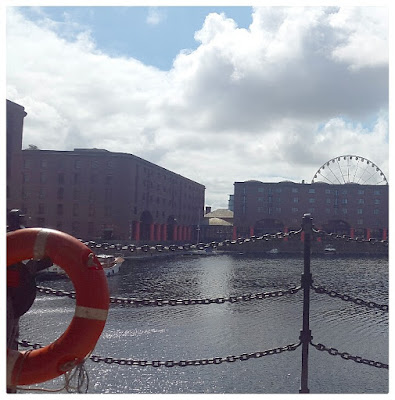 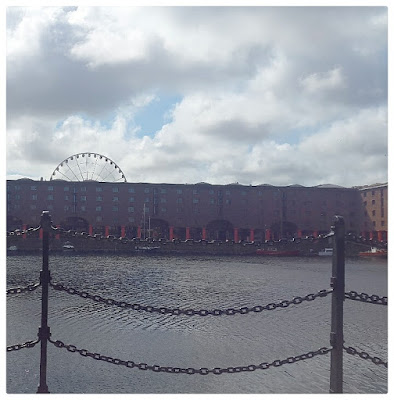 After we came out of the Maritime Museum, we took a stroll around the Albert Dock - BAD IDEA FOR WHEELCHAIR USERS! Their are cobbles all over the docks and it's really not wheelchair friendly at all for this reason. I do understand that the cobbles are there at Liverpool's Albert Dock to give it more of a "back-in-time" feel but it really isn't friendly or safe for disabled people. I would avoid massively if you're a spoonie, wheelchair user, or find it hard walking on uneven floors.


Thank you to the National Trust for asking me to come along, we had a wonderful time at the museum. 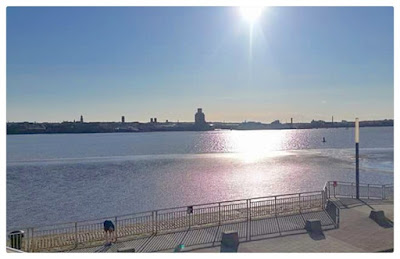 [Disclaimer: Thank you to National Trust for sponsoring me for this blog post.]
Email ThisBlogThis!Share to TwitterShare to FacebookShare to Pinterest