Why I Stopped Chemotherapy & Chose Cannabis 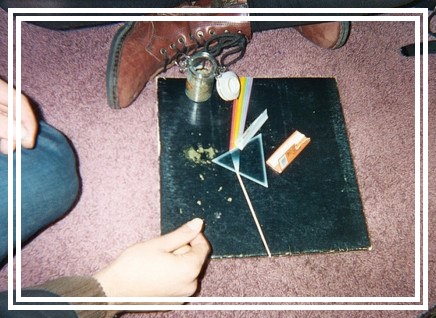 Something which a lot of people (even close friends) don't know about me is that my health has been that bad when I was growing up that I've been taken a daily chemotherapy tablet since I was fourteen years old - that's for over fifteen years! I've never spoken about it much on my social media accounts or on my blog before but there were times growing up where my health got so bad that I could have died. So what made me give up my daily chemotherapy, and ditch all of my treatment?


Don't get me wrong, all of the treatment that I've been given I am so thankful for. It's helped me become the person I am today and it's kept me alive all of these years but it was taking a toll on my body. It all left me exhausted, feeling unwell, and just generally not feeling like myself. I couldn't drink, have days or nights out, or simply just live life the simple way. I had to plan everything in advance. I hated it. I hated my life.

I wanted to take control of my life again, on my own with no help, instead of just living life to survive so I spoke to different people on social media and made one of the biggest health decisions I could have ever made. If you have followed me on twitter or read my blog before you'll know that towards the end of last year I became very sick, which is one of the main reasons I quit blogging for months. I was told by my doctors that I needed more treatment, stronger treatment, the strongest treatment I could receive legally here in the UK because I was that unwell. I mentioned it to one of my doctors who treat me that I was thinking of stopping my medication and starting medical marijuana instead, and he explained that this choice could make my health go so downhill very quickly that I could end up in the hospital for months or worst, I could die. Shocking I know! But as selfish as it may sound, I didn't care, I knew it would work for me, I jumped and I took the scary massive risk. A little over a month ago I decided to stop my treatment altogether and start medical marijuana. I can now honestly say that I am so happy that I made this choice because it's really helped me out and now I feel better than I ever have done before.

If you'd like to know more about medical marijuana then check out Marc Shaffer's "Inside Medical Marijuana" Netflix documentary where he examines the world of legal marijuana and analyzes the science behind the medical properties of the world's most-used illicit drug. While marijuana may be known by many as an illicit drug, it has long been studied, and used, for its medicinal properties. As such, the legality of medical marijuana is on the rise. In 2017 there are twenty-eight states that allow the medicinal use of cannabis.

I still see my nurses and doctors as they keep check on me and without them I'm not sure how I could cope and where I would be so I'm very thankful to have the wonderful people in my life, but sometimes no matter what only you know yourself and your body and I'm so happy that my medical team of people stuck by me and let me make this choice on my own. If you have the choice or where in my shoes, would you do the same? I'd love to know your thoughts on this topic.