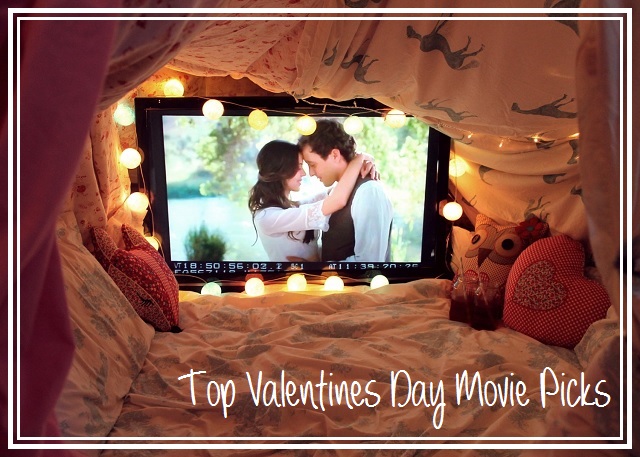 Valentines Day is going to be here before we know it and since it's only a few weeks away, I watched to share my favourite romantic movie picks for couples to watch together, friends can watch together or if you're single you could even snuggle up on your own with your favourite bar of chocolate and fall in love with one of these movies on your own.

| Bridget Jones' Diary | At the start of the New Year, 32-year-old Bridget (played by Renée Zellweger) decides it's time to take control of her life and start keeping a diary. Now, the most provocative, erotic and hysterical book on her bedside table is the one she's writing. With a taste for adventure and an opinion on every subject - from exercise to men to food to sex and everything in between - she's turning the page on a whole new life. This is the perfect movie to watch alone or with your friends, it really gives you so much confidence that just because things may go wrong in life, there is always a Bridget bright side.

| That Awkward Moment | Best pals Jason (played by Zac Efron) and Daniel (played by Miles Teller) indulge in casual flings and revel in their carefree, unattached lives. After learning that the marriage of their friend Mikey (played Michael B. Jordan) is over, they gladly welcome him back into their circle. The three young men make a pact to have fun and avoid commitment. However, when all three find themselves involved in serious relationships, they must keep their romances secret from one another.


| Safe Haven | Katie Feldman (played Julianne Hough) moves to a small town on the North Carolina coast, determined to make a new life for herself. She takes a job as a waitress and keeps a low profile, but she is soon won over by the warmth and caring of the close-knit community, especially that of widower Alex (played by Josh Duhamel). With the help of Alex and his children, Katie learns to love and trust again - but when a mysterious stranger arrives and starts asking questions, Katie's dark past threatens to reclaim her.

| What If | A medical-school dropout (played by Daniel Radcliffe) tries to hide his attraction to his new friend (played by Zoe Kazan), a bubbly artist who already has a boyfriend. This movie had me on the edge of my seat the first time I watched it and made me laugh and cry, great movie!

| 50 Shades of Grey | When college senior Anastasia Steele (played by Dakota Johnson) steps in for her sick roommate to interview prominent businessman Christian Grey (played by Jamie Dornan) for their campus paper, little does she realize the path her life will take. Christian, as enigmatic as he is rich and powerful, finds himself strangely drawn to Ana, and she to him. Though sexually inexperienced, Ana plunges headlong into an affair - and learns that Christian's true sexual proclivities push the boundaries of pain and pleasure.

| 10 Things I Hate About You | Kat Stratford (played by Julia Stiles) is beautiful, smart and quite abrasive to most of her fellow teens, meaning that she doesn't attract many boys. Unfortunately for her younger sister, Bianca (played by Larisa Oleynik), house rules say that she can't date until Kat has a boyfriend, so strings are pulled to set the dour damsel up for a romance. Soon Kat crosses paths with handsome new arrival Patrick Verona (played by Heath Ledger). Will Kat let her guard down enough to fall for the effortlessly charming Patrick?

| Dirty Dancing | Baby (played by Jennifer Grey) is one listless summer away from the Peace Corps. Hoping to enjoy her youth while it lasts, she's disappointed when her summer plans deposit her at a sleepy resort in the Catskills with her parents. Her luck turns around, however, when the resort's dance instructor, Johnny (played by Patrick Swayze), enlists Baby as his new partner, and the two fall in love. Baby's father forbids her from seeing Johnny, but she's determined to help him perform the last big dance of the summer.

| Begin Again | I totally and utterly adore this movie so much! Gretta (played by Keira Knightley) and her songwriting partner/lover Dave (played by Maroon 5's Adam Levine) head for New York when he lands a record deal with a major label. However, Gretta is suddenly left on her own when Dave gives in to the temptations that come with his newfound success. Things take a turn for the better for her when Dan (played by Mark Ruffalo), a disgraced record executive, discovers Gretta performing in a club. A mutually life-changing bond forms between the pair as they work together on Gretta's first album.

| Pretty Woman | I couldn't mention romantic movies and not include this one! In this modern update on Cinderella set in 1980's, a prostitute and a wealthy businessman fall hard for one another, forming an unlikely pair. While on a business trip in L.A., Edward (played by Richard Gere), who makes a living buying and breaking up companies, picks up a hooker, Vivian (played by Julia Roberts), on a lark. After Edward hires Vivian to stay with him for the weekend, the two get closer, only to discover there are significant hurdles to overcome as they try to bridge the gap between their very different worlds.

| A Walk To Remember | Set in North Carolina, "A Walk To Remember" follows the rite of passage of a jaded, aimless high school senior (played by Shane West) who falls in love with a guileless young woman (played by Mandy Moore) he and his friends once scorned. The two develop a powerful and inspirational relationship in which they discover truths that take most people a lifetime to learn. This movie is a wonderful view of love and loss and how one person can really change the outlook on your whole life forever.

| My Best Friends Wedding | Childhood friends Julianne Potter (played by Julia Roberts) and Michael O'Neal (played by Dermot Mulroney) had a deal to marry each other if they were still single by age 28. Now, four days before her 28th birthday, O'Neil announces that he's marrying a gorgeous 20-year-old named Kimberly (played by Cameron Diaz). Suddenly realizing that she's actually in love with him, Julianne vows to stop the wedding at all costs. However, when she is appointed maid of honour, things get even more complex.

| PS I Love You | When Gerry (played by Gerard Butler), the husband of Holly Kennedy (played by Hilary Swank), dies from an illness, she loses the love of her life. Knowing how hard Holly will take his death, Gerry plans ahead. Beginning on her 30th birthday, she receives the first in a series of letters written by him, designed to ease her grief and encourage her to move forward to a new life.

| Before We Go | A chance encounter between two strangers (played by Chris Evans and Alice Eve) in Grand Central Terminal sparks a life-changing, nighttime sojourn through New York City. This movie really shows you how one ordinary night can change your life and your outlook on strangers. I highly, highly recommend seeing this movie if you haven't done so already!

| Pocahantis | I couldn't not include a Disney movie right? Pocahontas is a Native American woman notable for her association with the colonial settlement at Jamestown, Virginia. Pocahontas is the daughter of Powhatan, the paramount chief of a network of tributary tribal nations in the Tsenacommacah, encompassing the Tidewater region of Virginia. When Pocahontas falls in love with English man John Smith, the two have to come together and team their families how to get along.

| Beauty and The Beast | Another Disney classic! When an arrogant young prince (voiced by Robby Benson) and his castle's servants fall under the spell of a wicked enchantress, who turns him into the hideous Beast until he learns to love and be loved in return. The spirited, headstrong village girl Belle (voiced by Paige O'Hara) enters the Beast's castle after he imprisons her father Maurice (voiced by Rex Everhart). With the help of his enchanted servants, including the matronly Mrs. Potts (voiced by Angela Lansbury), Belle begins to draw the cold-hearted Beast out of his isolation.


Whilst snuggling up to watch one of these movies I love to be comfortable, so if you're like me and you like feeling snug but sexy I highly recommend you checking out #. They do the most beautiful nightwear for any woman.

What do you think of my movie picks? Have you watched any of these movies? I'd love to know yours, leave me a comment below and let me know?