Happy Birthday To Me | Life Shouldn't Just Be Lived, It Should Be Celebrated! 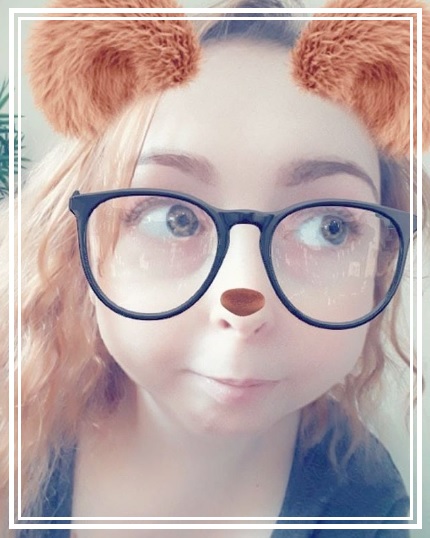 AD | Hello my lovelies, happy Friday, I really hope that you're all having a wonderful start to your weekend! Over the past ten years I have been through so much, so many good and bads that have happened and during so many of them times I wish I was able to go back and tell myself it's going to be okay and give myself some advice so I thought I'd share a little article what reflecting on the past ten years.


Ten years ago today it was my birthday and I would be turning twenty-two years young, I feel so old turning thirty-two today. Life, when I was turning twenty-two, was really difficult, I was just out of a very serious relationship where I was engaged but it just didn't work out and I remember wondering what life was going to be like now that I was single again after being in a relationship for nearly four years. My heart was broken but we remained friends, and it was around this time that I started going out A LOT and drinking more and more.

I am lucky enough that I have never ever had a drinking problem but I did binge drink a lot because I just didn't know what I was going to do with my life or where I was headed. However, I have to admit that some of them drunken nights out are some of my best memories that I have been able to look back on.

I had two great groups of friends back then; one set of friends (we will call the Rampworx group) who I'd known since my teenage years that I was spending more and more time with as we were all on the same page and about to start university etc and another set of friends (we will call the Liverpool pub group) who I was just getting to know and build friendships with. Looking back now I really wish I would have never cancelled going to all of those parties, nights outs, etc with the Rampworx group to spend time with the Liverpool pub set of friends because now I don't even speak to the Liverpool pub group of friends anymore, and it's all down to one girl which is really upsetting because I trusted and respected all of them but was walked all over, backstabbed and pushed out completely. There are so many things I wish I could say to my then best friend to help her understand and also ask her as one day we were best friends and the next day she had put someone before out friendship, and that still hurts my heart to this day.

At twenty-two I had just finished my "make up and skincare level two" college course and had applied to a local university, which thankfully I got into and studied "Theatrical, Runway and Fashion Makeup Artistry". I adored the course, I learnt so many makeup tips that are still helping me today and met so many great friends. I also started working with Tatler Magazine during shoots and gained so much experience, it opened up the world of journalism to me and I fell in love with it, which now helps me with being a full-time blogger.

My health was a very up and down rollercoaster. I had so many health issues back then, and although I was on daily chemotherapy and I am so thankful to our NHS for it because it kept me alive, I had some horrible depressing side-effect days where I just didn't want to get out of bed. Those were dark days which I am so happy that I was able to get out of.

I was also ready to move out of my friends home and wanted my own place with my own space. It felt like ages until I was able to do so as I had to save money and also decide where I was going to live as I wanted to completely move out of Liverpool, but not too far away as to where it would take me hours to get back to if I needed. I took me two years in total, but I moved out into a little two-bedroom one-bathroom apartment just a town over and loved it so much! Looking back, the not-so-little place was a pile of shite, but it was my pile of shite and I loved it a lot - it holds some wonderful memories in that flat too, it will always have a special place in my heart. It had the best suntrap outside for sunny days, the most beautiful views of the Welsh mountains and the biggest rooms ever - but it did have some downsides too which is why I eventually moved out after two years of living there.

Twenty-two was not my best year, but being twenty-three was because by twenty-three I'd just figured my life out and knew a lot of things that I was going to set into place so if I had any advice to give myself back then is just to keep going because you are going to come through all of the dark days and life does get better.

All in all, the things that have happened in ten years are: I broke up with my then-fiance, moved out of Liverpool into a not-so-little flat, finished college and started a university course, was hurt and backstabbed by friends, sorted my health out and got off daily chemotherapy, got engaged to my now-husband so obviously got married, lost two babies both in the second trimester of my pregnancies, lost my beautiful amazing Nan who was my rock to cancer, lost other family members, moved back to Liverpool and became a full-time social media influencer and blogger.

A beautiful day begins with a beautiful mindset, sometimes you need to bring your own sunshine and ten years from now, I want to make sure that I can say that I chose my life and I didn't settle for anything less. I've learnt that sometimes the hardest times often lead to the greatest moments of life and to keep going during the toughest situations lead to beautiful destinations. Do not give your past the power to define your future.

✨ MORE POSTS YOU MAY LOVE ✨
|| From Hobby To GirlBoss || Summer Essentials ||
|| Daily Blogging Checklist || Blogging and Sponsorship Tips ||
|| How To: Email Like A Girl Boss || Tips For A Successful Blog ||