Hello beautiful's! I've loved this game for a really long time now and I really wanted to do a blog post on it to let everyone now how good this game is and how much everyone really needs to take a chance on it. You may remember me mentioning this game in My October Favourites back in 2015 as I said it was my game of the year.

Life Is Strange is an episodic graphic adventure video game developed by Dontnod Entertainment and published by Square Enix. It is available for Microsoft Windows, PlayStation 3, PlayStation 4, Xbox 360 and Xbox One via digital distribution, and consists of five episodes released periodically throughout 2015. With Jonathan Morali as the composer plus writers including Christian Divine and Jean-Luc Cano this game really is worth the time and money to have a play. 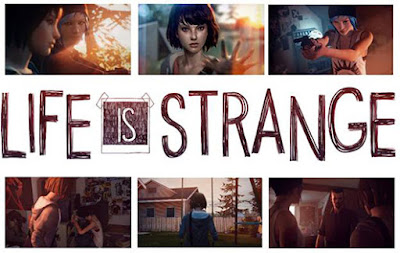 The game's plot focuses on Maxine Caulfield, a photography student who discovers that she has the ability to rewind time at any moment, leading her every choice to enact the butterfly effect. After having foreseen an approaching storm, Max must take on the responsibility to prevent it from destroying her town. The player's actions will adjust the narrative as it unfolds, and reshape it once allowed to travel back in time. Fetch quests and making environmental changes represent the forms of puzzle solving in addition to using branching choices for conversation.

Development of Life Is Strange began in April 2013. It was formed with an episodic format in mind, for reasons both financial and creative. The developers conducted research on the setting by travelling to the Pacific Northwest, and subverted known archetypes to make the characters. Player feedback influenced the adjustments made to the episodes. Story and character arc serve as the central point in the game rather than traditional graphic adventure tropes like point-and-click puzzles. The voice recording sessions took place in Los Angeles, California. 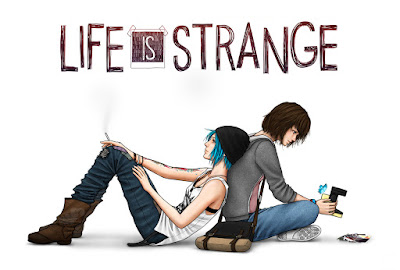 During its release, Life Is Strange received generally favourable reviews commending the character development, rewind game mechanic and tackling of taboo subjects. Reviewers disliked the slang, lack of lip-syncing and tonal inconsistencies. It had sold one million digital copies by the end of July 2015.

Life is Strange is pretty heavy, dark and intense, with content that includes drugs, death and a good sprinkling of swear words. It's really gripping right from the start, if you're looking for a really interesting story with lots of unpredictable twists and turns, even if it means that it's a bit emo and a little bit of a tear jerker in places, you'll like this game. The story is really good and the characters are easy to emotionally connect to and care about. The acting is excellent and the script is believable to how teenagers really behave and speak. It has its moments where there are some funny, witty and clever conversational exchanges which I enjoyed. You're also equipped with a mobile phone that gets occasional text messages for you to check, that progresses the story, which I thought was a cool touch that brings the world more to life. The music used (Syd Matters and similar gentle indie music) is also something I enjoyed in this game and the quality of the game itself in terms of graphics, scenery and character design is high. Well done Michel Koch, Kenny Laurent and Amaury Balandier. 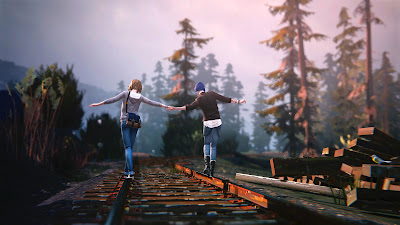 I really recommend this game to everyone as it really is so good. I'd love to hear your thoughts on Life is Strange too; Have you played it? What did you think? Let me know by commenting below or by tweeting me. Have a great day wonderful's!