I've mentioned Barry M Cosmetics a lot on my blog in the past as I just love them so much! And since I get a lot of questions from people asking me about this company I wanted to do a blog post explaining why I love them so much. Barry M Cosmetics got in touch with me and asked me if I'd be interested in doing a blog post for them, and seeing as they're one of my all-time favourite make up brands of course I said "yes!". If you don't know already, and to be honest I don't know why you wouldn't, Barry M Cosmetics is the leading British colour cosmetics company. Founded in 1982, Barry M Cosmetics is famous for its wide range of colourful, cruelty free, on trend products and is dedicated to offering high quality at affordable prices. 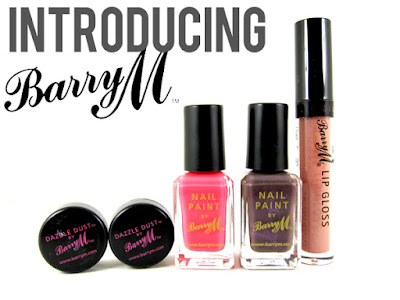 10 Beautiful Facts You May Not Know About Barry M:

BRITISH. They're British. Other brands may say they are... but often, they're not!

PACKAGING. They don't spend money on expensive and excessive packaging so they can save you money and minimise waste. Instead, they make sure their products are the best they can be.

LOCATION. Nearly all of their cosmetics are made in their own factory in Mill Hill, London, England.

VEGETARIAN FRIENDLY. All of their products are vegetarian and most are vegan friendly.

GET THE LOOK. Their beauty tutorial app, 'Lookz', is one of the Top 500 Most Downloaded Apps of all time! You can get it on both Apple and Android, for free!

THEY LOVE ANIMALS! They're a Cruelty Free company and have been since their company started in 1982! They never have and never will test their products on animals and they won't sell in countries that demand animal testing.

LOW PRICE POINTS. They try to avoid importing ingredients so they keep their prices down. It's better for the environment too.

PRODUCTS. There are over 250 colours in the Barry M Cosmetics range - all available from their website. You can also buy Barry M from Boots, Superdrug, and others such as Tesco, Asda, Bank, ASOS and Very.co.uk.

BIG THREE FREE. All of their products are 'Big Three Free' - meaning they don't contain the nasty chemicals some cosmetics companies use - Dibutyl Phthalate (DBP), Formaldehyde and Toluene.

Barry M Cosmetics was created in 1982, in London, Great Britain, by Barry Mero. In the early 80's Barry had a number of retail outlets in London selling beauty and cosmetic products. The fashion was for dramatic, outrageous make-up, however, he found that no one was producing the exciting and vivid colours that his customers really wanted. So, in June 1982, he created the Barry M Cosmetics range.

Barry M soon became a cult name in the field of colour cosmetics. Back in those days, if you were a new romantic, a punk or goth, the chances are you would have been using Barry M Cosmetics to make your fashion statement!
Now, many years' later Barry M is now the Britain's leading colour cosmetics brand - other big beauty companies may claim to be British but, in fact, very few of them really are!

That's important because, when it comes to having a British heritage and a British eye for colour and style, they're proud to be True Brits. And they're proud to offer their customers a unique mix of high quality, cruelty free, on trend products at affordable prices.

Since Barry M Cosmetics founded in 1982, Barry M has never tested their finished products or ingredients on animals or engaged another company to do so on their behalf. All companies in their supply chain must provide them with an annual written assurance that no product or ingredient used in Barry M products has been newly animal tested by them after their fixed cut-off date. Their strict policy means that within their company and their supply chain, they do not tolerate cosmetics animal testing.

Through working with HSI, they have now gone one step further and pledged not to permit their products to be sold in countries such as China whilst they require additional new animal testing. They have also pledged not to use new ingredients that become available in the future unless their safety can be assessed entirely without animal testing. 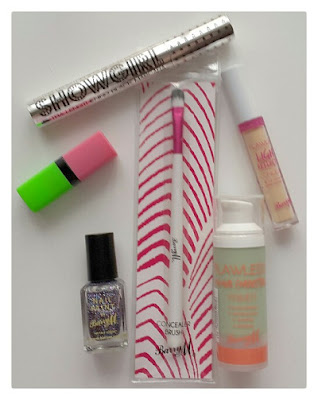 Barry M Cosmetics have also given me a discount code for everyone who places an order with them, use code "TREAT10" at the checkout to get 10% off your whole order! Offer is available on BarryM.Com only and is valid for one time use per customer. Don't forget to check out Barry M's social media websites here: Website, Facebook, Instagram, Twitter, YouTube, Tumblr and Pintrest.

[Disclaimer: Thank you so much to Barry M Cosmetics for sponsoring me to do this blog post and for sending me some of their awesome make up to try.]
Email ThisBlogThis!Share to TwitterShare to FacebookShare to Pinterest