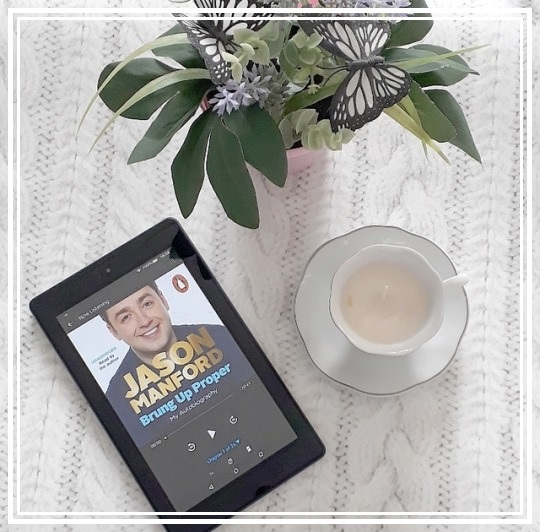 Hello my lovelies! I'm a massive fan of Jason Manford so I was thrilled when I was asked if I'd like to receive an audio version of his "Brung Up Proper" autobiography. I can honestly say hand on heart, this is one of the most heartfelt incredible books I have ever listened to (or read for that matter) and I would highly recommend everyone checking this out! Here's why...

"He's blessed with the sort of laid back charm and sharp turn of phrase you can't manufacture!" Daily Telegraph."Manford paints a warm picture of a chaotic poor-but-happy childhood filled with earthy characters, from an eccentric uncle to a big-hearted tart he met on his paper round!" Evening Standard."One of the most consistently funny and effortlessly charming new comics around!" Jonathan Ross."Several instances are much less commonplace, no matter how matter-of-factly Manford relates them - such as the heroin addict uncle who used to crash on the family sofa. And there surely can't be many people who have a story about liberating a cooker from a murder victim's house... The adventure is like a modern-day Laurel and Hardy sketch, though told with a mordant humour!" Chortle."Who wouldn't feel a rush of delight to see the stand-up and perennial panel show host Jason Manford peeking out of their Christmas stocking?" Independent on Sunday 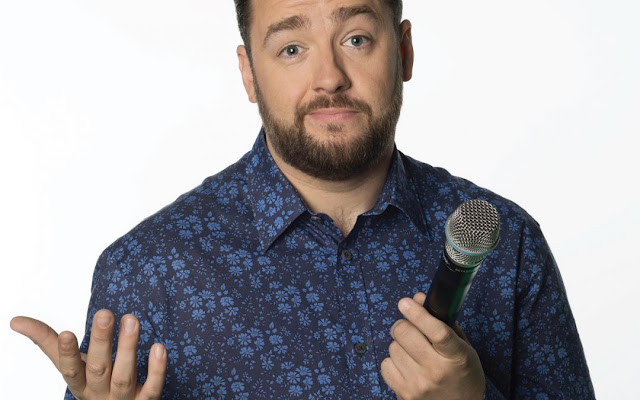 | About The Author | Jason 'John' Manford was born on 26th May 1981 in Salford, Greater Manchester. He is an English comedian, television presenter and radio presenter. He was a team captain on the Channel 4 panel show "8 Out of 10 Cats" from 2007 until 2010, and has presented numerous television shows for the BBC and ITV including "Comedy Rocks", "The One Show", "Show Me the Funny", "A Question of Sport: Super Saturday", "Bigheads" and "What Would Your Kid Do?".

Jason's mother, Sharon, is of Irish Catholic extraction, and her mother, Nora, having been born in Dublin. His father, Ian, is a courtroom stenographer. Jason and his four siblings. He grew up in a terraced house in a very Northen working-class, down-to-earth area, what is known as the "Triangle of Death" area of south Manchester notorious for its gang activity and high crime rate. He attended Chorlton High School when it was known as Oakwood High School and formed a band with two of his school friends, Simon and Neil. His mother later said that this was what got him into singing.

When Jason was seventeen, after part-time work as a wringer outer for a one-armed window cleaner, he got a job as a glass collector at a local pub and while working there, he became interested in comedy after watching the likes of Peter Kay, Eddie Izzard and Johnny Vegas perform at the local comedy club. Peter Kay recommended him to do the Higher National Diploma in media and performance at the University of Salford and despite not having the required A-Level grades, Jason was accepted into the programme and eventually upgraded to a full degree.
Jason is very active on his social media accounts, so make sure you give him a follow on his Twitter page and his Instagram account.

| About The Book | This is the autobiography of a cheeky little sod from Salford in Manchester called Jason Manford and all about what it is like growing up surrounded by his properly funny and most definitely shameless family and, how his discovery of being funny might actually get him somewhere - other than detention, mugged, dumped or sacked that is.

The book is all about being part of a big, northern, working-class family who was forever struggling with money, but never short on love, laughs or misadventures and how they showed that when the chips are down what really matters is sticking together.

| My Thoughts | I really loved this audio autobiography and I don't really want to give too much away about it as it really is that good so I'm going to keep my opinions and views really short. I'm a massive fan of Jason Manford so I was thrilled when I was asked if I'd like to receive an audio version of his book, I love that Jason himself took the time to write and record his book as he really gets so heartfelt in memories and you can hear the excitement, happiness, upset and hurt in his voice in certain parts of his book. I would highly recommend this book to anyone who is a fan of Jason's work or anyone a fan of autobiographies but also anyone who is wanting a fun-filled book to make you giggle, smile, cry and who is wanting to really fall in love with a book that they can't put down.