24 Festive Movies To Watch On The Run Up To Christmas 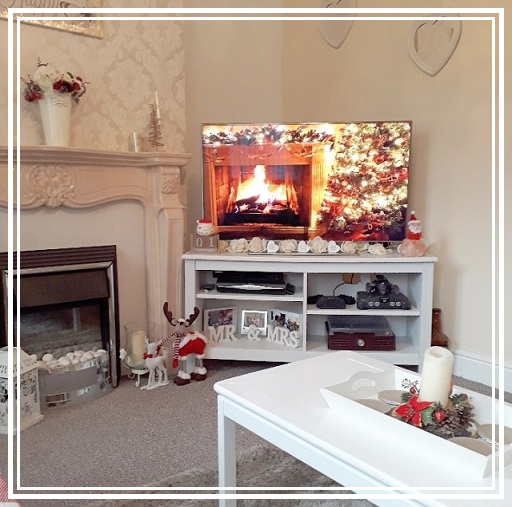 AD | Hello my lovelies! Christmas time is my favourite time of the year for snuggling up on the sofa with a hot chocolate or a glass of homemade mulled wine*, snacks and a really big blanket to watch a festive movie, or ten.  So I've teamed up with Netflix UK* to put together a list of Christmas movies and which ones I'm going to watch on what days on the run-up to Christmas this year.

1. Bridget Jones Diary | A new year means a new start and Bridget, a single woman, decided to start writing a diary which focuses on the things she wishes to happen in her life. However, her life changes when two men vie for her affection.

2. Love Actually | Eight London couples try to deal with their relationships in different ways during the Christmas season. Their tryst with love makes them discover how complicated relationships can be.

3. It's A Wonderful Life | George Bailey has so many problems he is thinking about ending it all, and it's Christmas! As the angels discuss George, we see his life in flashback. As George is about to jump from a bridge, he ends up rescuing his guardian angel, Clarence, who then shows George what his town would have looked like if it hadn't been for all his good deeds over the years.

4. Die Hard | For everyone who says that Die Hard is not a Christmas movie needs to leave my website right now, lol. Just as Detective McClane lands in LA to spend Christmas with his wife, he learns about a hostage situation in an office building. Hans Gruber is the culprit and McClane's wife is one of the hostages.

5. All I Want For Christmas | For Christmas, two New York siblings, Ethan and Hallie, want nothing more than to spend the holidays with their parents by bringing them back together. With the help of a new friend, they make some rather hilarious plans, torcher their mother's new fiance, and even learn how to believe in a Christmas miracle again.

6. Miricle of 34th Street | The story revolves around making Cole's department store so special and memorable for children or adults alike, and around the Santa who claims to be the real thing.

7. The Nightmare Before Christmas | This is one of my favourite movies to watch either at Halloween time or Christmas time, if you haven't watched this movie then you really need to do so! This stop-motion animated musical dark fantasy Halloween-Christmas is from the brilliant mind of Tim Burton.

8. Deck The Halls | You know them neighbours who try and compete with their decorations every year? Well, Steve and his new neighbour, Buddy, try to outdo each other in decorating their houses for Christmas. However, Buddy's extravagantly-decorated house overshadows Steve's, causing a conflict.

9. Jingle All The Way | Howard, a haggard salesman, promises his son a Turbo Man toy for Christmas and since he has forgotten and is reminded on Christmas Eve, he has to race again time and is forced to fight every parent and travel all over town to get the toy after he forgets to buy it.

10. Jack Frost | Singer Jack Frost dies, leaving behind his young son Charlie. The father and son never spent much time together, and hence Charlie grows up to be a very sad young man until Jack returns as a snowman.

11. Elf | Buddy, a human, is raised amongst elves at the North Pole. When he discovers that he is not an elf, he travels to New York to search for his biological father.

12. Beauty and the Beast - Enchanted Christmas | This is definitely a movie to watch with your children! Belle prepares for Christmas despite the Beast's hatred for the season. Forte, a pipe organ, schemes to trick Belle into leaving the castle, as he thinks her attempts might end the curse.

13. Look Who's Talking Now | James and Mollie expand their family by adopting a street dog and a pedigree poodle, who talk to each other. Meanwhile, James's new job requires him to spend more time with his employer Samantha.

14. Bad Santa | Rather than spreading good cheer, Willie, a swindler dressed up as Santa, and his elf partner Marcus try to rob a mall. Their motive fails when the thief befriends an eight-year-old boy.

15. Jingle Around The Clock | Elle's plans for Christmas reunion are thwarted by work. In order to get a career-altering promotion, she's forced to team up with advertising campaign 'fixer' Max, who has a completely different take on the Holidays. This is a new movie for me as I haven't seen it before so I'm excited to watch it.

16. A Christmas Carol | We all know this story right? Dickens' London miser Ebenezer Scrooge meets the ghosts of Christmases past, present and yet to come. Such a classic so I couldn't not include it in this list.

17. Christmas With The Kranks | The Kranks scandalise everyone when they declare that they won't be celebrating Christmas. But, when their daughter decides to visit home, they get off on a mad rush to organise a spanking Christmas.

18. The Grinch | The Grinch and his loyal dog, Max, live a solitary existence inside a cave on Mount Crumpet. His main source of aggravation comes during Christmastime when his neighbours in Whoville celebrate the holidays with a bang. When the Whos decide to make Christmas bigger and brighter, the disgruntled Grinch realises there is one way to gain peace and quiet. With help from Max, the green grump hatches a scheme to pose as Santa Claus, steal Christmas and silence the Whos' holiday cheer once and for all.

19. The Nativity | Paul Maddens is a teacher at St Bernadette's Catholic primary school in Coventry, England. Paul once had ambitions of being successful as an actor, producer or director and every year St Bernadette's competes with the talented children at Oakmoor, a local Protestant private school, to see who can produce the best nativity play.

20. The Holiday | Two girls from different countries swap homes for the holidays to get away from their relationship issues. However, their lives change unexpectedly when they meet and fall in love with two local guys.

21. I'll Be Home For Christmas | Jackie is a single mom and attorney, who looks forward to spending Christmas alone with her daughter. And everything seems to be going according to plan until Jackie's estranged father shows up on her doorstep.

22. Home Alone | If you haven't watched this movie then where have you been? Eight-year-old Kevin McCallister is accidentally left behind when his family leaves to spend the Christmas holiday in France. At first, he is happy to be in charge, but when thieves try to break into his home, he has to put up a fight.

23. Home Alone 2: Lost in New York City | Kevin is back! He accidentally boards a flight to New York City over the festive period and gets separated from his family who are on their way to Miami. However, whilst in New York, he bumps into two of his old enemies who plan to rob a toy store.

24. The Santa Claus | By helping Santa Claus with a Christmas crisis, Scott finds he's inadvertently agreed to become the next Santa Claus. Now he has to deal with a suspicious ex-wife while trying to keep his secret safe.