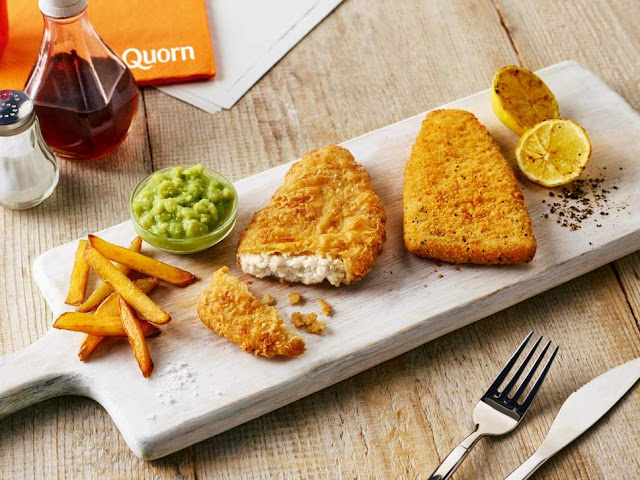 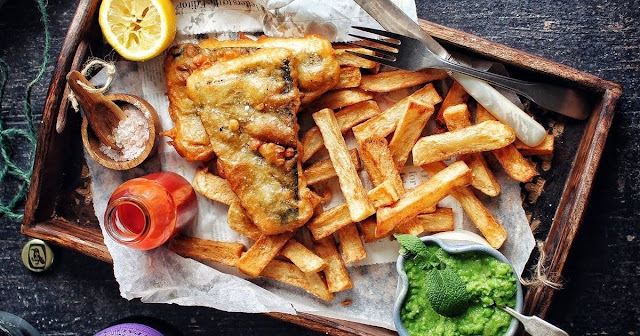 We’ve all heard the scary study that found oceans will be fishless by 2048 if we do not stop eating and otherwise interfering with the lives of fish.  The research was published in Science in 2006 but very little has been done since then; in fact, according to Global Fishing Watch, some species’ numbers have dropped by a huge 90%.

If you wanted to try your luck in the kitchen this Fish and Chips Day, try a simple vegan recipe for a delicious and healthy alternative to traditional fish and chips. It was put together by Gaz Oakley, aka the Avant-Garde Vegan, a YouTube sensation and Instagram star. You can find a video of him making the recipe here or a written version here. Or for those who want to eat out, The Vegan Society has prepared a round-up of top places to visit for a vegan fish & chips this Fish & Chips Day. 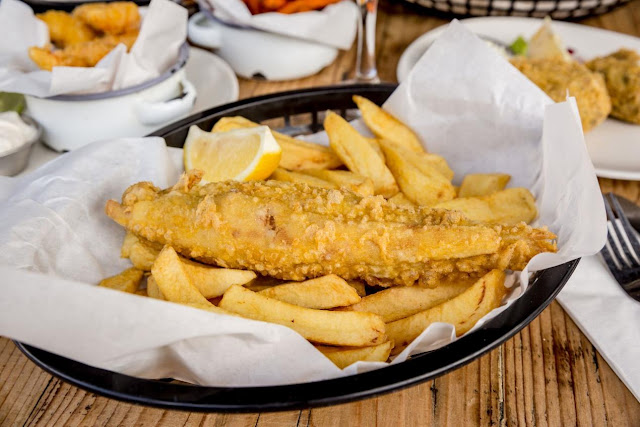 | Sutton and Sons, Stoke Newington, London - £8.50/serving | Known for leading the way with offering fish made of banana blossom (!), this interesting dish has stolen the hearts of many devout fish & chips lovers. Marinated overnight in seaweed and samphire (which is what gives it a 'fishy' taste), it is then deep fried in the pub’s own batter. Nicholas O’Connor from Sutton and Sons said: "We created our vegan version of fish and chips because we wanted everyone to have a chance to enjoy our take on this classic British dish. "Now we are really passionate about developing and adding to our vegan menu, and we find that both vegans and non-vegans alike really enjoy it and are excited to share in the meal together." 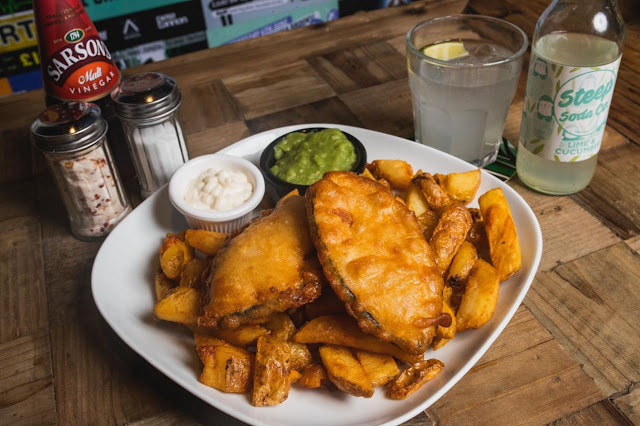 | The Hip Hop Chip Shop, Manchester - £10/serving | This deliciously looking vegan fish is created using soya and seaweed to form a ‘fish’ steak. It’s served complete with chunky skins-on chips and minty mushy peas. Jonathan “Ozzie” Oswald from the Hip Hop Chip Shop said: “We’re seeing this dish grow in popularity each month, many people who used to eat fish still enjoy the taste of fish so this is the next best thing and meat eaters seem to enjoy it as a fish alternative as well. "The Steep Soda soft drink is brewed locally in Manchester, just 1 mile away from our restaurant and is also vegan too." 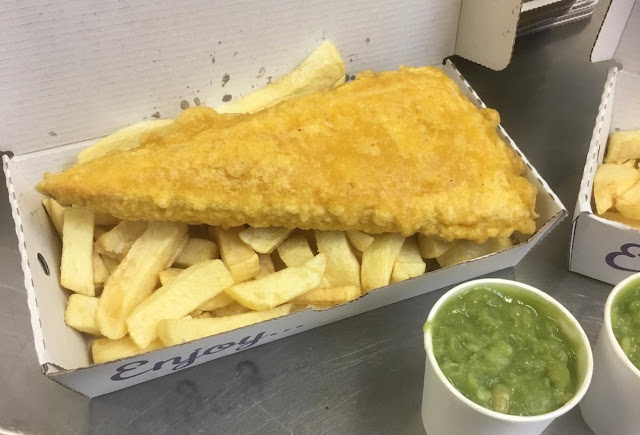 | Veg’n Out, Edinburgh, £5/serving | This fully vegan restaurant serves its "vish" that is made from soya protein and is wrapped in seaweed which gives it the fishy flavour. Portions are generous and come with mushy peas. The founder said: "Many vegans and meat eaters have been so impressed saying that it’s nicer than real fish. We don’t need meat or dairy to be healthy!" 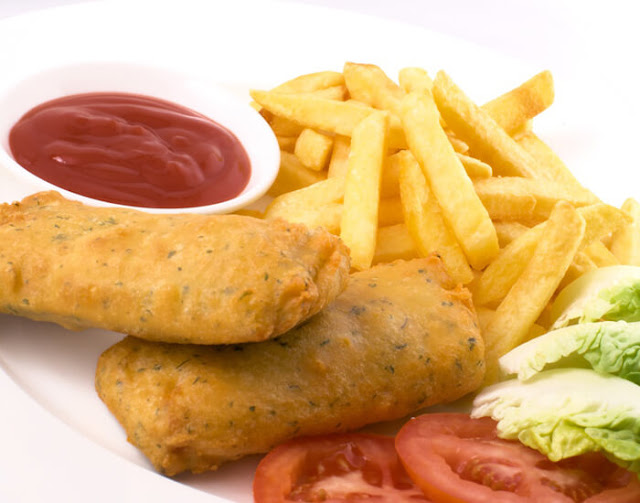 | The Loving Hut - London, Norwich and Crawley | With a choice of three branches, this vegan fish and chips meal wins for being the most accessible. The Loving Hut restaurant chain offers delicious and affordable vegan meals, specialising in Southeast Asian cuisine. 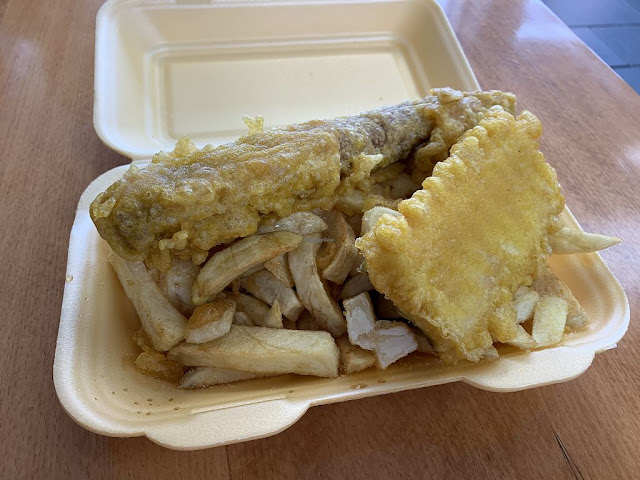 | The Veggie Chippy – Birmingham, £5/serving | You won’t believe this soya-based “vish” is vegan – it’s flaky and delicate just like the real thing. If it wasn’t for the word ‘veggie,’ you’d think you’re walking into a regular takeaway. The food looks, tastes and smells just like you remember fish and chips being like, with very affordable prices and a range of delicious side dishes and drinks.


If you’re staying at home, why not try this delicious vegan fish alternative from Quorn? 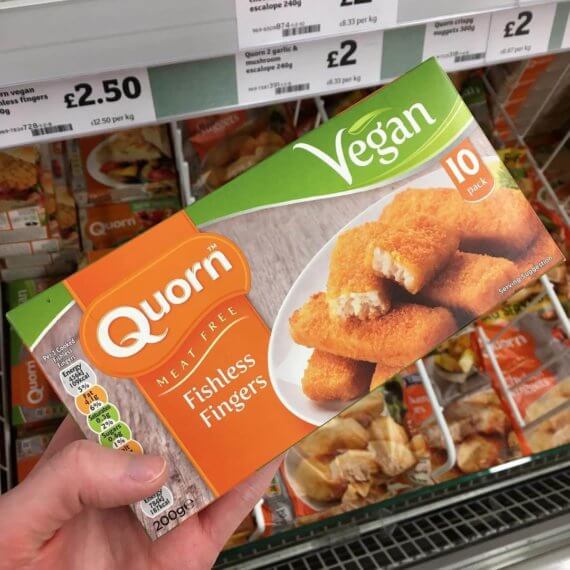 This blog post was posted on behalf of Vegan Society*.

| About The Vegan Society | The Vegan Society is the world’s oldest vegan society whose co-founder Donald Watson defined the term ‘vegan’ in 1944. We are a registered educational charity (no. 279228) that provides information and guidance on various aspects of veganism, including to existing and potential vegans, caterers, healthcare professionals, educators and the media. If you are interested in learning more about veganism, download our free VeGuide app now.