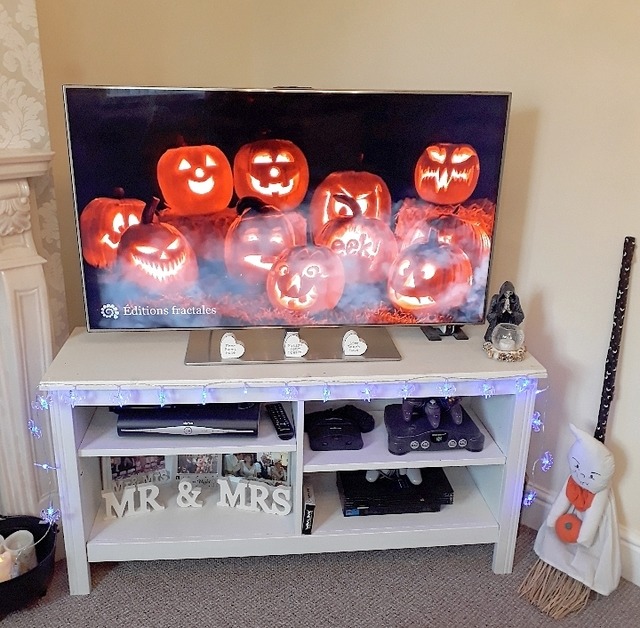 AD | Hello my lovelies! If you've read my blog or followed me on social media for a while then you'll probably know by now how much I adore a good horror movie or spooky based TV show and since so many amazing shows and movies have been added on Amazon Prime* recently, I thought I would share my favourites with you all.


| The Haunting of Hill House | This modern reimagining of the Shirley Jackson novel follows siblings who, as children, grew up in what would go on to become the most famous haunted house in the country. Now, adults, they are forced back together in the face of tragedy and must finally confront the ghosts of their past. Some of those ghosts still lurk in their minds, while others may actually be stalking the shadows of Hill House. The ensemble cast includes Oscar winner Timothy Hutton, Carla Gugino and Henry Thomas. Mike Flanagan, a veteran of the horror genre, created the series.

| Buffy the Vampire Slayer | Sarah Michelle Gellar takes on the role of Buffy Summers in this TV version of "Buffy the Vampire Slayer," based on the film of the same title, which starred Kristy Swanson. Buffy is a Slayer, one in a long line of young women chosen for a specific mission: to seek out and destroy vampires, demons and other forces of darkness. Unlike her predecessors, Buffy establishes a group of supportive friends who aids her in her battles with evil, including Willow, Xander and Cordelia. Her battles with evil are frequent, since Sunnydale, where Buffy and friends live, sits atop a gateway to the realm of the demons.

| The Vampire Diaries | A few months after their parents are killed in a tragic car accident, Elena Gilbert and her brother, Jeremy, are trying to come to terms with their grief. For Elena, formerly popular and involved with the school and her friends, it's a struggle to hide her sadness. She finds herself drawn to a handsome and mysterious new student, Stefan, unaware that he is a centuries-old vampire doing his best to live peacefully among humans. His brother, Damon, however, is the embodiment of vampire stereotypes, including violence and brutality, and the two brothers wage a war for the souls of Elena and everyone else in her small Virginia town. `The Vampire Diaries' is based on a series of novels by L.J. Smith.

| Bones | Dr Temperance Brennan, a forensic anthropologist who works at the Jeffersonian Institution and also writes books, has an impressive ability to read clues from victims' bones. Consequently, law enforcement calls her to assist with investigations when remains are so badly decomposed, burned or destroyed that standard identification methods are useless. Brennan often finds herself teamed with Special Agent Seeley Booth, a former Army sniper, who mistrusts science and scientists when it comes to solving crimes but who has developed respect for Brennan, both professionally and personally.

| The Amityville Horror | When George Lutz (played by Ryan Reynolds) and his wife, Kathy (played by Melissa George), find a beautiful new house in the small town of Amityville, N.Y., they think the place is too good to be true. After they move in with their kids, they find out the cheap price tag is thanks to the house's sordid history: The former tenant murdered his family after supposedly being possessed by the devil. Believing the home is haunted, the couple finds a priest (played by Philip Baker Hall) to help them rid the place of evil spirits.

| The Conjuring | In 1970, paranormal investigators and demonologists Lorraine (played by Vera Farmiga) and Ed (played by Patrick Wilson) Warren are summoned to the home of Carolyn (played by Lili Taylor) and Roger (played by Ron Livingston) Perron. The Perrons and their five daughters have recently moved into a secluded farmhouse, where a supernatural presence has made itself known. Though the manifestations are relatively benign at first, events soon escalate in horrifying fashion, especially after the Warrens discover the house's macabre history.

| The Conjuring 2 | In 1977, paranormal investigators Ed (played by Patrick Wilson) and Lorraine Warren come out of a self-imposed sabbatical to travel to Enfield, a borough in north London. There, they meet Peggy Hodgson, an overwhelmed single mother of four who tells the couple that something evil is in her home. Ed and Lorraine believe her story when the youngest daughter starts to show signs of demonic possession. As the Warrens try to help the besieged girl, they become the next targets of the malicious spirit.

| The Nun | When a young nun at a cloistered abbey in Romania takes her own life, a priest with a haunted past and a novitiate on the threshold of her final vows are sent by the Vatican to investigate. Together, they uncover the order's unholy secret. Risking not only their lives but their faith and their very souls, they confront a malevolent force in the form of a demonic nun.

| Insidious | Parents (Patrick Wilson, Rose Byrne) take drastic measures when it seems their new home is haunted and their comatose son (played by Ty Simpkins) is possessed by a malevolent entity.

| It | Seven young outcasts in Derry, Maine, are about to face their worst nightmare - an ancient, shape-shifting evil that emerges from the sewer every twenty-seven years to prey on the town's children. Banding together over the course of one horrifying summer, the friends must overcome their own personal fears to battle the murderous, bloodthirsty clown known as Pennywise.

| The Babadook | A single mother, plagued by the violent death of her husband, battles with her son's fear of a monster lurking in the house, but soon discovers a sinister presence all around her.

| Hush | A deaf writer who retreated into the woods to live a solitary life must fight for her life in silence when a masked killer appears in her window.

| The Exorcist | One of the most profitable horror movies ever made, this tale of an exorcism is based loosely on actual events. When young Regan (played by Linda Blair) starts acting odd - levitating, speaking in tongues - her worried mother (played by Ellen Burstyn) seeks medical help, only to hit a dead end. A local priest (played by Jason Miller), however, thinks the girl may be seized by the devil. The priest makes a request to perform an exorcism, and the church sends in an expert (played by Max von Sydow) to help with the difficult job.

| Jaws | When a young woman is killed by a shark while skinny-dipping near the New England tourist town of Amity Island, police chief Martin Brody (played by Roy Scheider) wants to close the beaches, but mayor Larry Vaughn (played by Murray Hamilton) overrules him, fearing that the loss of tourist revenue will cripple the town. Ichthyologist Matt Hooper (played by Richard Dreyfuss) and grizzled ship captain Quint (played by Robert Shaw) offer to help Brody capture the killer beast, and the trio engages in an epic battle of man vs nature.

| The Others | Grace (played by Nicole Kidman), the devoutly religious mother of Anne (played by Alakina Mann) and Nicholas (played by James Bentley), moves her family to the English coast during World War II. She awaits word on her missing husband while protecting her children from a rare photosensitivity disease that causes the sun to harm them. Anne claims she sees ghosts, Grace initially thinks the new servants are playing tricks but chilling events and visions make her believe something supernatural has occurred.


Are you a fan of a spooky movie or TV show? What's your favourite horror movie? Do you can scared easily when watching these type of things? I'd love to know your thoughts so please leave me a comment below.