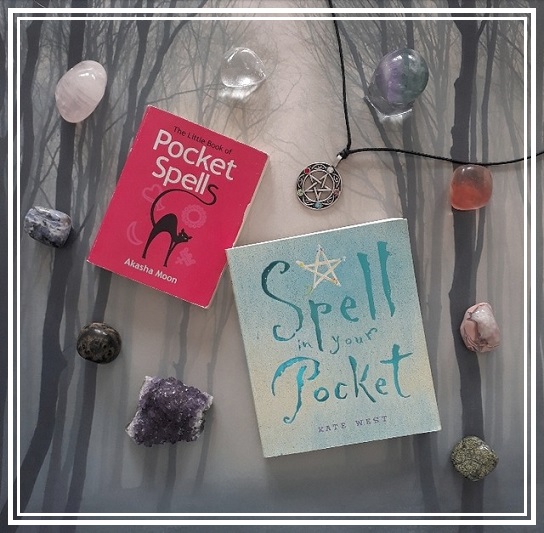 Hello my lovelies! I am Wiccan and I've never spoken out about my religion on social media before as I know that it can be a bit of a sensitive subject and a lot of people find talking about what they believe in a little worrying as they may be judged. However, with Halloween fast approaching us I wanted to speak out and share the views and beliefs I have in the hope that some of you will relate or understand a little bit better.

| What does it mean to be Wiccan? | Every Wiccan explains it differently as it's very personal to them and no one is the same. The Wiccan religion is a modern, Earth-centered religion with roots in the ancient practices of shamanic ancestors. People who call themselves Wiccans, like myself, honour the life-giving and life-sustaining powers of Nature through ritual worship and a commitment to living in balance with the Earth. Wicca is technically classified as a Pagan religion, though not all Wiccans would identify as Pagans - and plenty who identify as Pagans are not Wiccans.

| Have you always followed a Wiccan religion? | Not at all. I was brought up as a Catholic. I went to a strict Catholic all-girls school ran by nun's and I pretty much didn't know about any other religion until I was in my teenage years. I would say that I was forced to believe in "God" even though I'd never actually read the Bible because all of my family did and believing in anything else was just wrong. It was only when my beautiful Nan died last year that I decided to start exploring my beliefs more and researching it all.

| What are your beliefs? Who do you worship | I believe in our Earth and it's powers to alter change, I believe in the sky, I believe in the Goddess and God, I believe in happiness, positivity and spreading love and kindness, and I believe in the Rule of Three. The Rule of Three is sometimes described as karma or the Law of Attraction; however, this is not strictly accurate. Both concepts describe the process of cause and effect and often encourage the individual to act in an upright way. The Rule of Three states that whatever energy a person puts out into the world (positive or negative) will be returned to that person three times - some subscribe to a variant of this law in which return is not necessarily threefold.. Wicca is typically duotheistic, worshipping a Goddess and a God. I know I've personally found that some people can be confused by this as most Wiccan's, including myself, don't believe in the God of Jesus Christ. Wiccan Gods are traditionally viewed as the Moon Goddess and the Horned God, respectively.

| Do you cast spells? | I do, sometimes. Not big things like a money spell or a love spell, but small spells for protection before travelling, ridding negativity out of my life and clearing my mind or meeting my spirit guide. Wicca often involves the ritual practise of magic, though it is not always necessary.

| Do you own a book of shadows? | A book of shadows is a very personal book containing religious text, instructions for magical rituals or spells, tracking a Wiccan's personal growth, dreams and other personal information. It doesn't have to be black or have a symbol of any sort on it, my personal book is just a pretty notebook which I picked up from Pound World.

| Do you worship the devil? Are you evil? | The short answer to that question is no. The devil is a Christian construct, and outside of the spectrum of most Pagan and Wiccan belief systems. If someone tells you they’re a Satanist (someone who does worship the devil), then they’re a Satanist, not a Wiccan. However, I do believe in evil - evil spirits, evil energy and evil people.

| What does Halloween mean for Wiccans? | A lot of Wiccans call Halloween "Samhain". This holiday is seen by some Wiccans as a time to celebrate the lives of those who have passed away, and it often involves paying respect to ancestors, family members, elders of the faith, friends, pets and other loved ones who have sadly died. In some rituals, the spirits of the dead are invited to attend the festivities. Of course, we know that we can't see them but we celebrate this time hoping and believing that they are with us.

| Are you in a cult? | I'm not, and I don't want to be. Not all Wiccan's want to be in so-called "cults" and prefer to practise their religion alone like me. Maybe one day I will join a group but for now, I'm happy practising on my own.

| How many people follow the Wiccan religion? | In 1990 there were estimated 8,000 Wiccans in the world, however after some research, it has been found there were over 340,000 practitioners Wiccan's in 2008.

| Do you use an Ouija board? | No. I would never use one and would never ever recommend anyone at all doing so unless they knew exactly what they were doing and knew how to protect themselves properly.

| Do you own a crystal ball? | I do. My husband bought me my very first crystal ball as a gift for my birthday this year.

| Are all Wiccans vegan? | I personally think that your diet choices are your own business and as long you don't force your views onto someone else (meat-eater, veggie or vegan etc) then it's fine. I am personally vegan, I haven't always been a vegan - I changed my diet for health reasons three years ago. You can read more about my own personal journey here.

| How did your family and friends react to you being Wiccan? | A lot of them don't know. I know a lot of them will judge me and although I haven't hidden my religion from anyone I just haven't brought it up with them and spoken about it. If they brought it up with me I would be totally honest with them and answer any questions that they have openly.

I do hope this article clears up a few things about my own personal beliefs. Of course, if you are Wiccan or would like to know more than please feel free to get in touch and ask me any question(s) you may have. You can always ask me anonymously too.