AD | Hello my lovelies! As many of you already know, I am a massive fan of wrestling so I thought I would share an article today sharing about my top three favourite wrestlers, share with you a little bit more about them and tell you how to get their outfit looks. 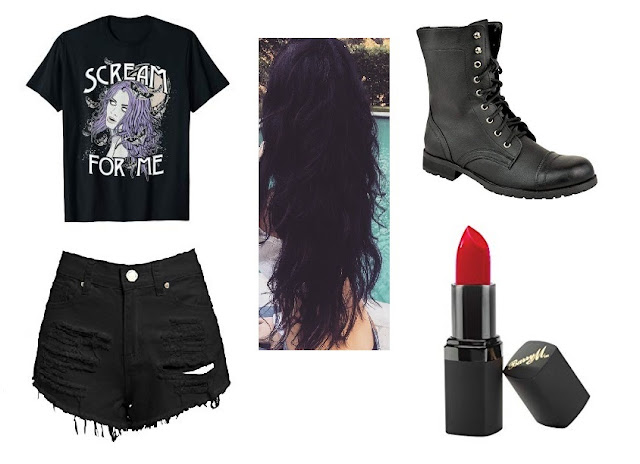 Saraya-Jade Bevis, better know as Paige, was born on the 17th of August in 1992. She is an English professional wrestling personality, actress, and retired professional wrestler. She is signed to WWE under the ring name Paige, where she is the manager of the tag team of Asuka and Kairi Sane on the SmackDown brand. Paige is a two-time Divas Champion and was the inaugural NXT Women's Champion in WWE's developmental branch NXT, holding both championships concurrently at one time. 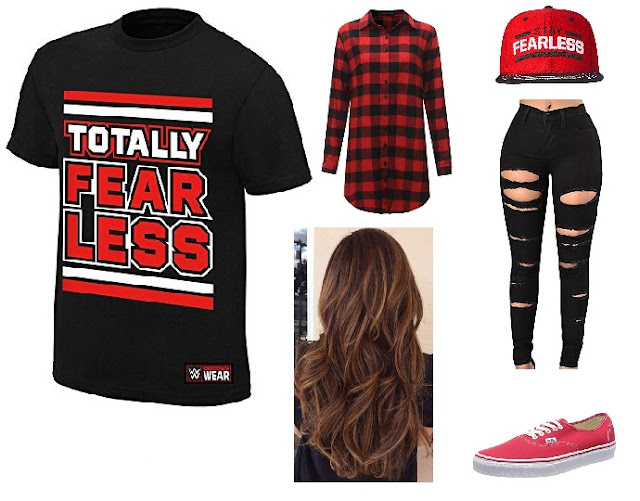 Brianna Monique Garcia-Colace was born on November 21st in 1983. is an American retired professional wrestler who is currently signed to WWE under the ring name Brie Bella. Bri appeared frequently with her twin sister Nikki as The Bella Twins. She is also a one-time WWE Divas Champion, vegan and mother to a little girl named Birdie. Bri married Brian Danielson (wrestling name Daniel Brain) taking on his name on April 11th in 2014. 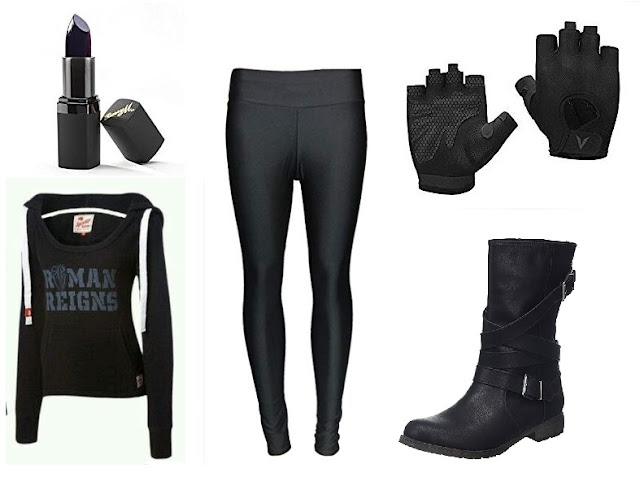 Leati Joseph "Joe" Anoaʻi was born on May 25th in 1985. He is an American professional wrestler, actor, and former professional gridiron football player, he is a part of the Anoaʻi family and is currently signed to WWE as a member of the SmackDown brand under the ring name Roman Reigns since 2010. As Roman Reigns, he made his main roster debut in November 2012 alongside fellow WWE wrestlers Dean Ambrose and Seth Rollins as The Shield. The trio teamed together until June 2014. Reigns is a four-time world champion in WWE, having held the WWE Championship three times and the Universal Championship once. He is also a one-time United States Champion, a one-time Intercontinental Champion, a one-time WWE Tag Team Champion (with Seth Rollins), the 2015 Royal Rumble winner, and the 2014 Superstar of the Year. "Joe" married his wife Galina Joelle Becker in December 2014 and is a father to a little girl and twin boys.


Are you a fan of WWE or wrestling? What are your thoughts on my outfit ideas? Would you wear any of these? Do you order clothes from Amazon*? I'd love to know your thoughts so please tweet me or message me on Instagram letting me know. Sending you all so much love!